Ubiquinol coq10 is arguably the holy grail of healthiness, especially when it comes accompanied with turmeric and bioperine like in our specially-formulated supplements. You see, this very important and complex coenzyme is not exactly a stranger to your body's wellness infrastructural. Actually, your body naturally produces a form of coenzyme q10 and employs it to keep your major organs (brain, liver, skin and spine) in optimal functioning. Unfortunately, this synthesis of natural ubiquinol Coq10 takes a slump and deteriorates sharply the older that we get, something that can explain why we tend to get frail and susceptible to disease in our sunset years.

The good thing, however, is that Wellabs have put in the hard work and churned out a reliable ubiquinol coq10 supplement to make up for this expected declining levels of Coenzyme q10. Previously, you either had to resign to fate or travel halfway around the planet to source mythical foods thought to be rich in coenzyme Q10. This does not have to be the case anymore, thanks to our unique nutritional development program that has gifted you this coenzyme q10 vitamin capsules.

As mentioned above, your body produces several coenzyme q10 forms, stores them in cells' mitochondria and deploys them to keep oxidative stress at bay. This is exactly what is needed to maintain optimum cell functioning, particularly in major life-supporting organs such as the brain, liver, kidneys and the heart. It's a shame that this natural synthesis cannot last a lifetime, but that's where our ubiquinol coq10 pellets come into play. Also, don't forget that oxidative damage (which our high-absorption coq10 capsules are designed to fight) has been linked to a slew of chronic and life-threatening health conditions.

In other words, you simply cannot do with this coenzyme in the picture and the following list of cq10 benefits should make it even clearer.

One of the biggest roles that Q10 plays in the body is that it is tasked with ensuring optimum mitochondrial function in the cells. Your brain, on the other hand, requires a massive amount of cellular energy harnessed from this same mitochondrial function to perform at a high level. At this juncture, you can already see why people tend to get slower and less alert as they age - it's because the natural production ubiquinol coq10 needed to fuel a high performing brain is no longer enough. Luckily for you, a 200mg dosage of coq10 covers and surpasses this demand that is needed for mental sharpness ensuring that you are always at the top of your game.

Speaking of your mental fortitude, there's plenty of anecdotal evidence and observations that link Coenzyme Q10 deficiency to constant migraines, mainly due to reduced mitochondrial function in the brain cells. If this is the case, our ubiquinol coq10 200 mg are more than capable of keeping these frustrating headaches at bay by decreasing the intensity of inflammation sustained from cellular oxidative damage. In short, if you are looking to forge mental toughness, beat brain fog and stay alert throughout the day, these coenzyme q10 200mg a day pellets is what you just need.

2. Keep your Heart in Excellent Shape With This Coq10 Heart Palpitations Defeater

Going by statistics, heart failure is the number one cause of death in America. Medical evidence suggests that cardiac arrest is often the tailend of a number of other underlying health conditions, chief among which is oxidative damage. What's even worse is that most heart failure treatments typically trigger a low blood pressure which has the undesired effect of lowering ubiquinol c0q10 levels even further. This kick starts a chain of events that leaves your heart muscle tissues even more susceptible to oxidative stress.

The advantage of using our capsules to keep your heart in superb state is that you stand to gain a number of useful perks such as increased mental alertness, heightened energy levels and considerably lessened oxidative damage. All of this in addition to giving your heart muscles renewed lease of life.

3. Take Advantage of the Incredible Coq10 Anti Aging Benefits to Look Younger than Your Peers

Apart from progressive DNA damage (which we cannot do anything about), the other biggest contributor to aging, especially premature aging, is oxidative cellular damage. You may have, for instance, noticed that smokers and people battling chronic alcoholism tend to look visibly older than their agemates. Aside from such internal damaging agents, your skin is usually susceptible to a whole collection of external damaging factors such as the sun's unforgiving UV rays, pollution and other miscellaneous environmental aggressors.

This is the reason why you need an extra blanket of protection in the form of ubiquinol coq10 to help you neutralise and counter this kind of inescapable cellular damage. Bear in mind that prolonged exposure to such damaging agents without a counterbalance like our capsules will precipitate effects such as wrinkling and thinning of the skin which, as you would expect, always leads to fine lines, crow's feet and unsightly turkey necks.

Besides, research shows that people with low levels of enzyme Q10 tend to be at a higher risk of developing melanoma or skin cancer. In short, you won't just be looking good in front of the mirror but promoting your skin's health too.

4. Revitalize your Experience Between the Sheets with Our Capsule's Coq10 Erectile Dysfunction Solving Abilities

Co-enzyme q10 is of the most revered natural remedies of impotence and erectile dysfunction. This is the property that our ubiquinol coq10 capsules capitalize on when it comes to spicing up matters between the sheets. By now, you probably already know that this co-enzyme is a respectable antioxidant. It's also heavily involved in keeping cells and tissues that require a mammoth energy output in splendid shape - one of these is the penile tissues during sexual arousal and the immediate surrounding organs. In short, it's probably the answer to the elusive sexual potency that you have been looking for.

Besides, Coenzyme Q10 is believed to boost extra blood flow to the area making it even easier for your body to sustain a rock-solid erection. Add to the fact that the enzyme is a renowned regulator of high blood pressure and you have yourself a recharged man ready to rise to the occasion when duty calls.

5. Improve your Odds of Conception with Wellabs coq10 for Fertility Capsules

The main reason behind infertility and difficulty in conceiving that occurs in our 30s and beyond can be traced back to the decline in the number of viable eggs that occurs as we get older. And this deterioration is due to the inability of the body to shield the eggs from sustained oxidative damage from the environment. As you guessed it, co-enzyme Q10 is once again involved directly in this process by preventing and even reversing this type of cellular damage before it causes an irreversible change to your eggs.

Here's the thing, supplementing your diet with our ubiquinone capsules is a sure-fire way of integrating coq10 fertility-boosting benefits into your life. What's more, coq10 fertility success does not just apply to women. The sperm cell is also as susceptible to the implacable effects of oxidative/cellular damage. You may want to pick this up if phrases like reduced sperm count, male infertility and poor sperm quality don't sound like music to your ears.

6. Explore the Interesting Link Between Coq10 and Diabetes with our Ubiquinol Capsules

Most metabolic and lifelong diseases such as diabetes are usually triggered by oxidative damage. Actually, atypical mitochondrial function has been linked several times to the dreaded insulin resistance that most diabetic patients struggle with. Coenzyme Q10, nonetheless, leads the way in the regulation of blood sugar levels and keeping insulin sensitivity within healthy thresholds. Just by doing so, the co-enzyme keeps the onset of diabetes (and could reverse it if it has already taken root) at bay.

What's more, our ubiquinol capsules may help fight diabetes by overseeing the breakdown of fat cells that are characteristic of clinical obesity and unhealthy weight levels. In light of the numerous CoQ10 uses that are packed in our capsules, it's only natural to worry over pressing concerns like, "How much ubiquinol should I take daily?" or "When to take ubiquinol and what's the best time to take ubiquinol coq10?" Well, here's a quick primer to that.
For starters, unless advised otherwise by a physician, we would recommend taking two capsules a day of Wellabs' vegetarian coq10 supplement. This puts you right in the course of meeting the minimum 200mg of coenzyme Q10 daily intake to make up for your body's inability to synthesize the required levels of this ultra-important cellular component.

Note that taking coenzyme q10 supplements just before bedtime can make it hard for you to fall asleep, which could interfere with your sleep hygiene. But you may want to take advantage of this extra edge and heightened mental tactness by swallowing the pills in the morning or early afternoon at best.

Our ubiquinol coq10 supplements utilize a proven formula to ensure your body's optimum cellular function. Having said that, they are not intended in any form or way to manage, treat, cure or nurse any specific ailment or disease. Store these supplements in a cool and dry place away from the reach of young children. We would also advise you to consult your physician or pharmacist before starting to use these pills if you are already on another prescribed and long-term medication, just to avoid any unintended consequences of drug interaction.

Q: Can you take too much coenzyme q10?

A: As much as Coenzyme Q10 is ordinarily well-tolerated by most people even at relatively high doses, it's not advisable to exceed the optimum intake of 150 - 200mg per day. Exceeding this dosage can easily lead to side effects such as headaches, nausea, fatigue, dizziness, agitation and diarrhea. We certainly would not recommend taking more than the recommended dosage, especially if you are already on another long-term prescription or have an underlying health condition.

A: Co-enzyme Q10 has been observed to improve symptoms related to high blood pressure such as congestive heart failure. And while studies are still inconclusive, there's no shortage of anecdotal evidence that points to this coenzyme being able to regulate blood pressure in hypertensive patients. What's more, there is research which also alludes that if the supplement is combined with other micronutrients such as zinc, it may hasten recovery in patients who have recently had heart valve and heart bypass surgeries. All in all, as much as coenzyme q10 appears to improve the efficacy of blood pressure treatments, it's crucial to let your healthcare provider know that you're taking this supplement so that your pressure can be monitored closely and the medication adjusted appropriately to avoid having exceedingly low blood pressure (hypotension).

A: No, in fact coenzyme q10 appears to make blood thinning medication (such as aspirin or warfarin) less effective by counteracting their action. Therefore, it should go without saying that you should consult your physician or healthcare provider before using this supplement if you are already on anti-clotting drugs. 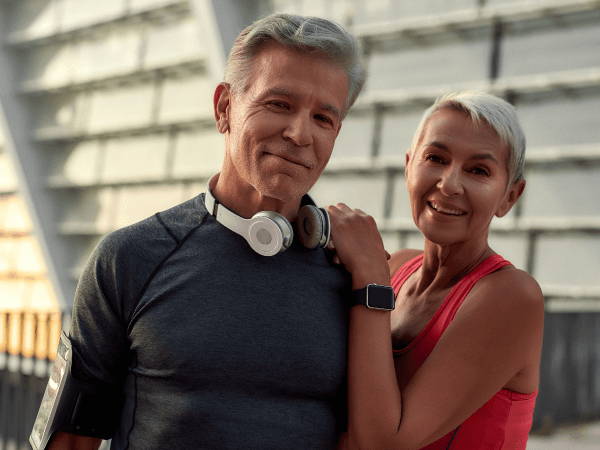 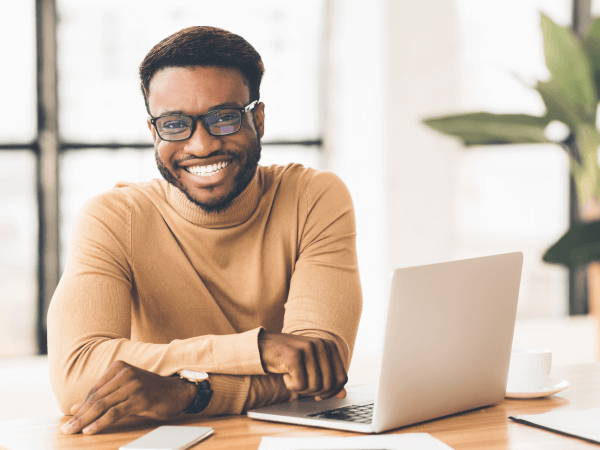 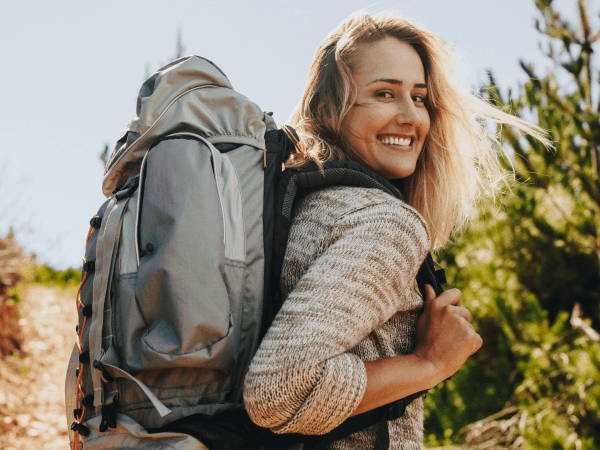