Organic liquid chlorophyll drops have clearly come a long way to become the delicious nutritious drops that you can purchase from us today.

Note: Our brands employ a water base as the main formulation solvent. Unlike most of our competitors, we don’t use an alcohol base for this since we are committed to staying true to our policy of only using 100% organic ingredients in our manufacturing and preparation process. On the downside, this may compromise the shelf-life of our products and it's also not uncommon for fallouts to occur. Not to worry though, you just have to shake the product well before use and you’re good to go.

You see, chlorophyll plays an immense role in making plants healthy, robust and green. It is packed with an array of antioxidants, vitamins and a range of therapeutic elements that the body can utilize to improve the balance of your immune system and give you a healthier complexion while at it. The problem is that extracting it directly from plants through your diet is not feasible as the delicate ensemble that makes up the active ingredient here may not survive cooking or digestion to allow absorption later on. Here's where our liquid chlorophyll concentrate comes into play.

Being one of the leading chlorophyll drops you can find anywhere online today, our liquid chlorophyll supplement is not just twice as bioavailable as your standard food additive but also comes with the following benefits tucked under its sleeve.

1. DISCOVER NEW SKIN BY ADDING CHLOROPHYLL DROPS FOR WATER IN YOUR MENUS

One of the upsides that this supplement has is that you can take chlorophyll drops in water without ruining its bioavailability or diluting its potency. This makes it incredibly easier for one to keep track of their dosage.

Speaking of which, chlorophyllin - the active ingredient here - has demonstrated promising abilities to reduce the onset of chronic inflammation and suppress the growth of harmful bacteria in skin wounds. If anything, a 2008 study revolving around the effect of applying ointments on wounds to improve their healing rate unearthed the findings that those that contained chlorophyllin were the most effective at this. In other words, you'd get better results relying on a treatment that contains it than one that does not.

This can be carried over as an effective medication or buffer against other common conditions such as acne or sun damage. Topical treatment with this active ingredient, for instance, shows remarkable results in healing acne and sunspots. The same ought to be the case when you make it a habit of drinking these drops in your water, something that won't affect the chlorophyll absorption rate.

It has been used since late 1940 to not only mask but also neutralize certain not-so-pleasant odors that could be pushing people away from you. What started as mere claims and misconceptions have now been proven through a series of comprehensive studies carried over the recent past.

The latest one, for example, investigated the ability of the active ingredient in this supplement to suppress fish odor in sufferers of trimethylaminuria. It was observed that chlorophyllin played a paramount role in neutralizing the concentration of trimethyl amines in the body's ecosystem that could be causing the manifestation of such a murky odor.

While you may not be suffering from trimethylaminuria just yet, taking these drops is a sure-fire way of synthesizing your own personal internal deodorant that combats any unflattering distinct aromas that you may be emitting unbeknownst to you. And, although these drops may help fight bad breath too, that should not be an excuse to let go of your oral hygiene rituals.

A few blood experts also believe that taking liquid chlorophyll drops regularly can aid in building up your erythrocytes ( red blood cells ) count. This is coming from the backdrop of a 2004 study that suggested how consuming wheatgrass on a regular reduced the frequency of blood transfusions needed by people suffering from thalassemia. Wheatgrass concentrate, in case you are wondering how it is connected to this, contains more than 70% active chlorophyllin.

Still on this, researchers also believe that its detoxification ability could have a beneficial knock-on effect in keeping some cancers at bay. Remember that although a conclusive cause of cancer is yet to be singled out, the disease is mainly associated with the sporadic growth of rogue cells that regular detoxification can help stave off.

4. DISCOVER CHLOROPHYLL BENEFITS TO HELP YOU WITH YOUR DIET

One of the main reasons that you should consider investing in our liquid chlorophyll drops is its close association with successful and transformative weight loss journeys. For starters, scientists believe that its ability to boost one's metabolism can be harnessed to ensure faster weight loss. As you may already know, nothing can help you drop those excess pounds faster than cranking up your metabolism. The higher and faster your metabolism, the more calories than you can burn at rest and the less the inclination to store them back as fat.

Secondly, there's now evidence to suggest that chlorophyllin also plays a substantial role in lessening the levels of harmful cholesterol in overweight individuals. So impressive were the results that the researchers found out that a group of volunteers who took a weight loss supplement that contains this active ingredient were able to reach their weight loss targets faster than those who did not.

5. USE OUR DROPS TO COMBAT ALTITUDE SICKNESS

Our liquid chlorophyll drops have proven to be quite effective in managing altitude sickness, especially for avid mountaineers and hikers. The notion behind its effectiveness can be traced back to the ability of the active ingredient to stimulate the production of more erythrocytes in the blood's component capacity. In other words, it seems as if it plays the same role in our bodies (to help us absorb oxygen better) as it does in plants.

The only difference here, as you would imagine, is that the new red blood cells manufactured by the bone marrow will help you retain oxygen molecules better when you ascend to higher altitudes than you are acclimated to. This can make a world of a difference between weathering the devastating impacts of such sudden ascension with just but a mild headache and being hospitalized with a severe lack of oxygen. HOW TO USE CHLOROPHYLL LIQUID DROPS

The best part about these drops is that they are as easy to use as they are to buy. Take 2 droppers a day ( you can add them to your morning glass of water ) and choose to stay healthy today.

Truth be told, it is not easy to buy liquid chlorophyll drops online. But now, Wellabs is giving you a platform where you can purchase as many bottles as you need to stay healthy throughout the year. We have done away with all hoops that other retailers typically make you jump through by shipping it directly to you, complete with a money-back guarantee. So what else are you waiting for? Add our potent and world-class 1500MG supplement and kick start your wellness journey today.

These Chlorophyll Liquid Drops are not directly intended to cure, manage, diagnose or treat any specific ailment or complication. Store it in a cool dry place well away from the reach of young children. It is also advisable to consult your personal physician before commencing use if you have any serious underlying condition or on daily prescribed medication.

Q: How Much Chlorophyllin should I Take?

A: First off, this is an antioxidant that can also block off the absorption of known carcinogens such as aflatoxins from the gut. This implies that the more of it you can take, the better for you. But that's only if you are relying on plant sources such as spinach and other leafy greens as your main tributary. Logic will then suggest that you should aim at sticking as closely as possible to the manufacturer's instructions of usage and dosage if you have to supplement it externally.

Q: Is Liquid Chlorophyll Good for You?

A: Indeed, chlorophyllin is excellent for your health. Apart from its legendary antioxidant effects, it is also known to stave off the onset of certain types of cancers that are heralded by carcinogens such as aflatoxins. That aside, it has a reputation for stimulating the production of more erythrocytes, something that can help you tolerate attitude sickness and respiratory illnesses better.

A: Chlorophyllin is almost tasteless. As such, it should go well with any of your favorite juices, be it freshly squeezed orange juice or a tropical cocktail. Even better, you can take it with plain water as well!

Q: Does Chlorophyllin Make you Poop?

A: Although chlorophyllin is not exactly a laxative, it is a renowned detoxifying agent that has a characteristic normalizing effect on the bowel movement and intestinal transit. In other words, it makes going for long calls easier just in case you have a problem with that part of the digestive system.

Q: Does Chlorophyllin Detox Your Body?

A: Indeed, apart from acting as an internal deodorant, it also packs a number of antioxidant properties that are said to be more than 1000 times superior to those found in common antioxidants such as theobromine or theophylline. In addition to this, it plays an instrumental role in getting rid of toxins by absorbing them outrightly from the body then facilitating their removal from the cell physiology. 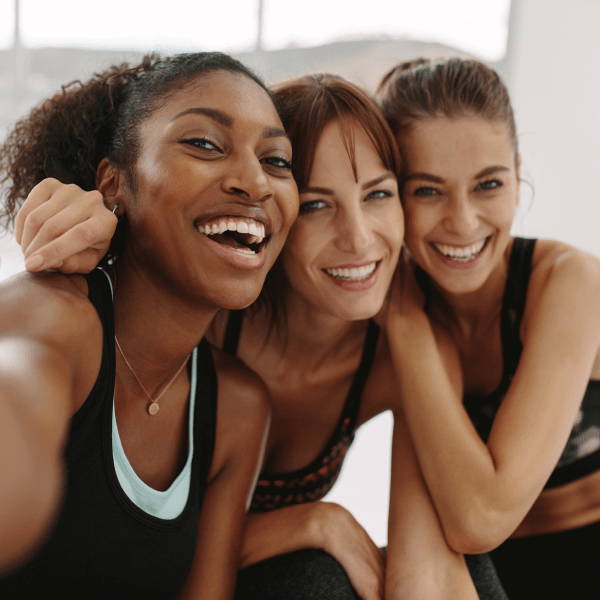 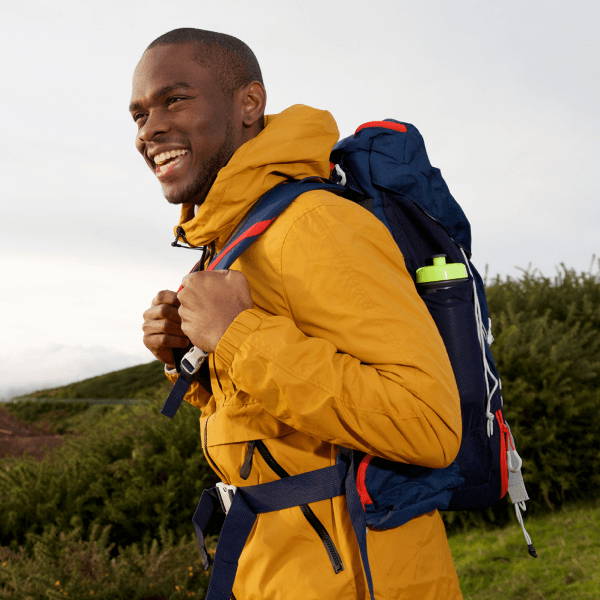 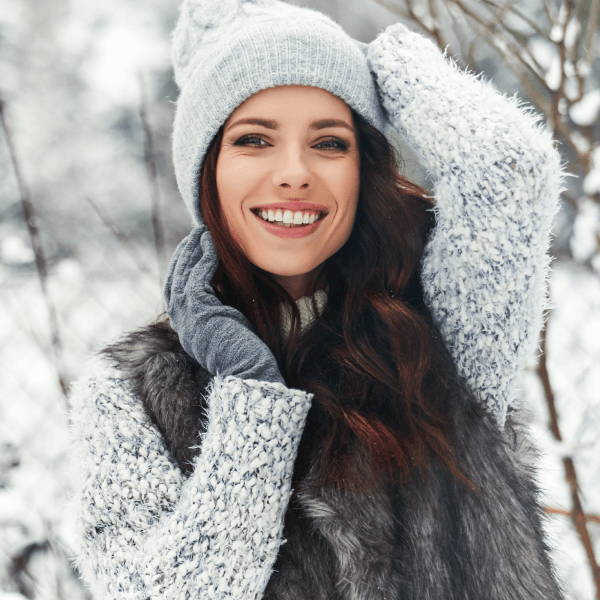 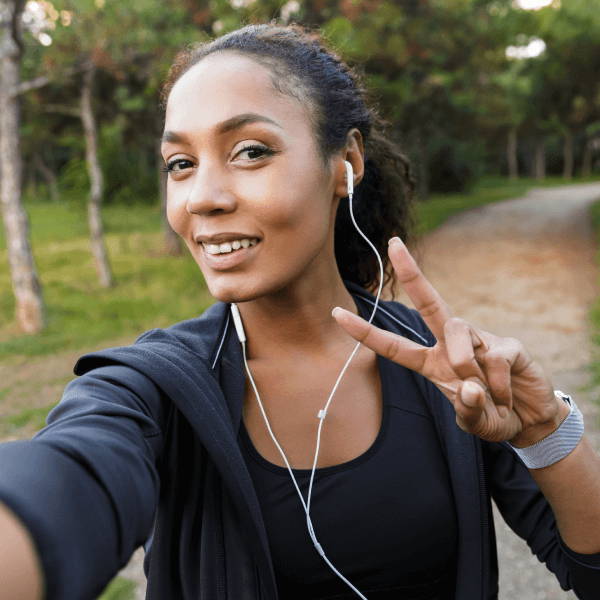